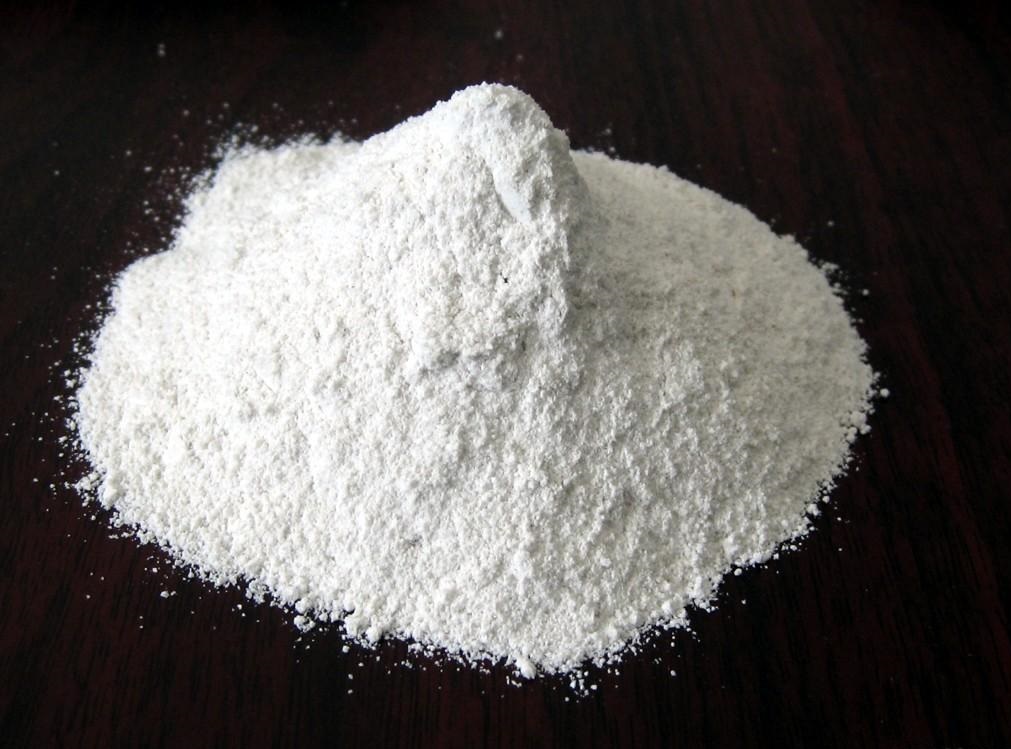 Titanium dioxide has remarkable optical properties, with a very high refractive index close to that of diamond. It is also a very stable compound and can be heated to over 2000 K before melting. It is these properties that underlie its most important uses.

Titanium dioxide is the most used white pigment and provides whiteness and opacity for paints and coatings (including glazes), plastics and paper.
It has many speciality uses. It is resistant to UV radiation and thus does not discolour over a long period of time and ultra pure and fine crystal titanium dioxide grades are being increasingly used for sun screens. It is also being used in novel nanotechnology applications. 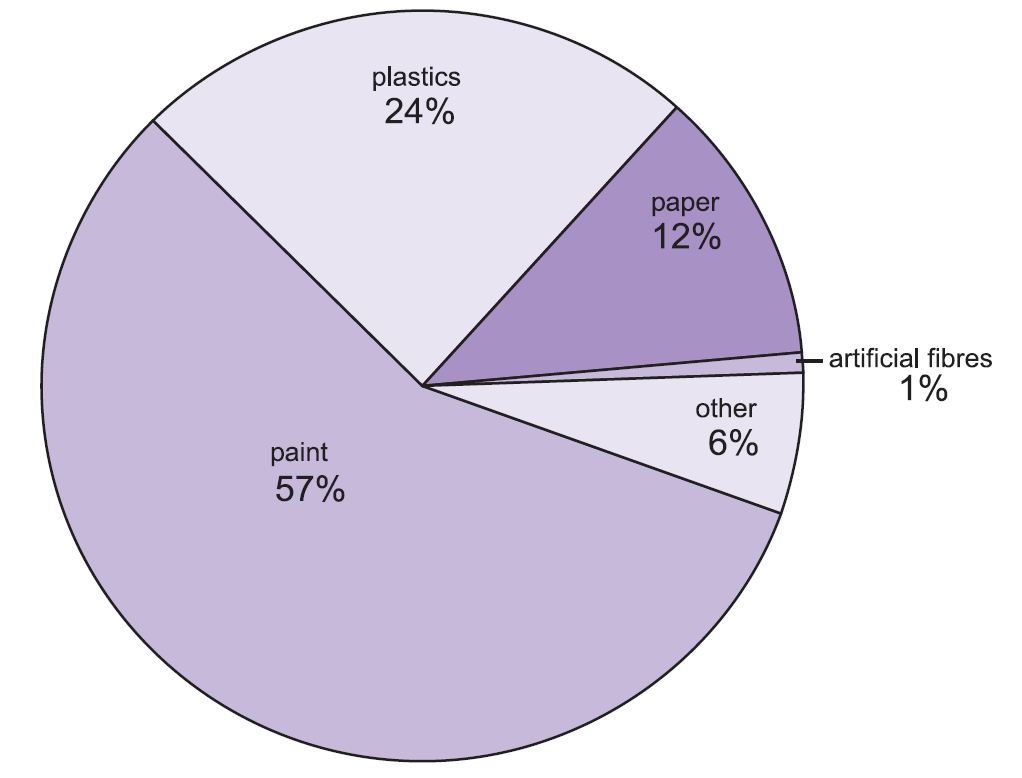 The proportions shown in Figure 1 are for the World. The figures vary country by country. For example in the US, the corresponding figures for the uses of titanium dioxide in paint is 50%, whereas those for plastics and paper are similar, 25% and 13%.
Much smaller amounts of titanium dioxide are used as a semi-conductor and to catalyse the photodecomposition of water into hydrogen and oxygen.
It also has a high dielectric constant and a high resistance and thus it is used to make capacitors.
The strong bonding between titanium and oxygen gives great thermal stability, melting at 2100 K. It is thus used as a ceramic material. It is also used to increase the acid resistance of vitreous enamels.

(a) Dissolving the ore

The ore is usually ilmenite, FeTiO3. It is ground finely and dissolved in sulfuric acid to form a mixture of sulfates:

Before the titanium dioxide is extracted, the iron ions must be removed from the solution so that the colour of the final product is not spoiled. The solution is therefore reacted with recycled iron sources to convert any iron(lll) ions that may be present to iron(ll) ions:

The solution is allowed to stand so that the unreacted solid settles, and the clear liquid is poured off before being concentrated by evaporation. Cooling then allows light green crystals of iron(ll) sulfate to form and to be filtered off. These are sold separately. The remaining solution contains titanyl sulfate, TiOSO4.

(b) Formation of hydrated titanium dioxide

The next stage involves the hydrolysis of the titanyl sulfate in solution to give insoluble, hydrated titanium dioxide:

This is a critical stage and the conditions must be controlled to ensure that the precipitate is suitable for filtering and roasting.

The final stage of the process is the heating of the solid in a furnace, known as a calciner. This is a rotating cylinder which is typically heated by gas flames. As the cylinder turns, the titanium dioxide passes along it and its temperature rises from 313 K, as it enters, to over 1000 K as it leaves:

Heating evaporates the water and decomposes any remaining sulfuric acid in the solid. After cooling, the product is ‘milled’ to form crystals of the size needed. Crystals may also be coated with another substance, such as aluminium oxide or silica, to make the titanium dioxide mix more easily with liquids or to make the water-based paints made from it last longer.
This coating is achieved by dispersing the dry product from the calciner in water containing the dissolved coating chemicals which precipitate from solution onto the TiO2 crystals. The coating is usually between 3 and 8% by weight in the final dried pigment. This coating is achieved by changing the temperature and pH of the solution. Each TiO2 crystal needs to be coated uniformly to maximize the effectiveness of the coating. The coated TiO2 crystals are filtered from the water and dried before being packed for dispatch to the final customer.

(a) The conversion of rutile to titanium(IV) chloride

(b) The oxidation of titanium(IV) chloride

Liquid titanium(IV) chloride is vaporised and burnt in oxygen, together with a hydrocarbon fuel source (for example, methane) to a high temperature to initiate the reaction and keep the temperature high enough for the reaction to proceed:

The titanium dioxide is formed (by adding seed crystals) as a fine solid in the gas stream and is filtered out of the waste gases using cyclones or filters. Once again control of crystal growth is important to give particles of the correct size for pigments. This is done by adding nucleating agents to the gas stream (e.g. water or aluminium chloride) and by cooling the products. The chlorine in titanium(IV) chloride is released and recycled to the chlorination stage of the process above.
The product contains small amounts of absorbed chlorine gas which are removed. The product is washed and dried before milling and surface treatment in an identical manner to that used in the Sulfate Process described.