The Comac C919 is a planned family of 158-174 seat narrow-body twin-engine jet airliners to be built by the Commercial Aircraft Corporation of China (Comac).It will be the largest commercial airliner designed and built in China since the defunct Shanghai Y-10. Its first flight is expected to take place in 2015, with first deliveries scheduled for late 2018.

The Commercial Aircraft Corporation of China has completed basic assembly of the aircraft, the company said.

The C919’s vertical fin and the back end of the rear fuselage were delivered to the state-owned aircraft maker from domestic manufacturers.

The company has secured orders for 450 C919 planes from 18 customers.

With 168-seat and 156-seat layouts, the C919 will compete with Boeing and Airbus in the medium-range aircraft sector.

The C919’s first test flight is planned for this year.

China will become the world’s largest domestic aviation market in the next decade, an Airbus forecast said.

The country will need more than 5,300 new passenger aircraft and freighters between 2014 and 2033, with a total market value of 820 billion U.S. dollars or 17 percent of total global demand, in the next 20 years, the forecast said. 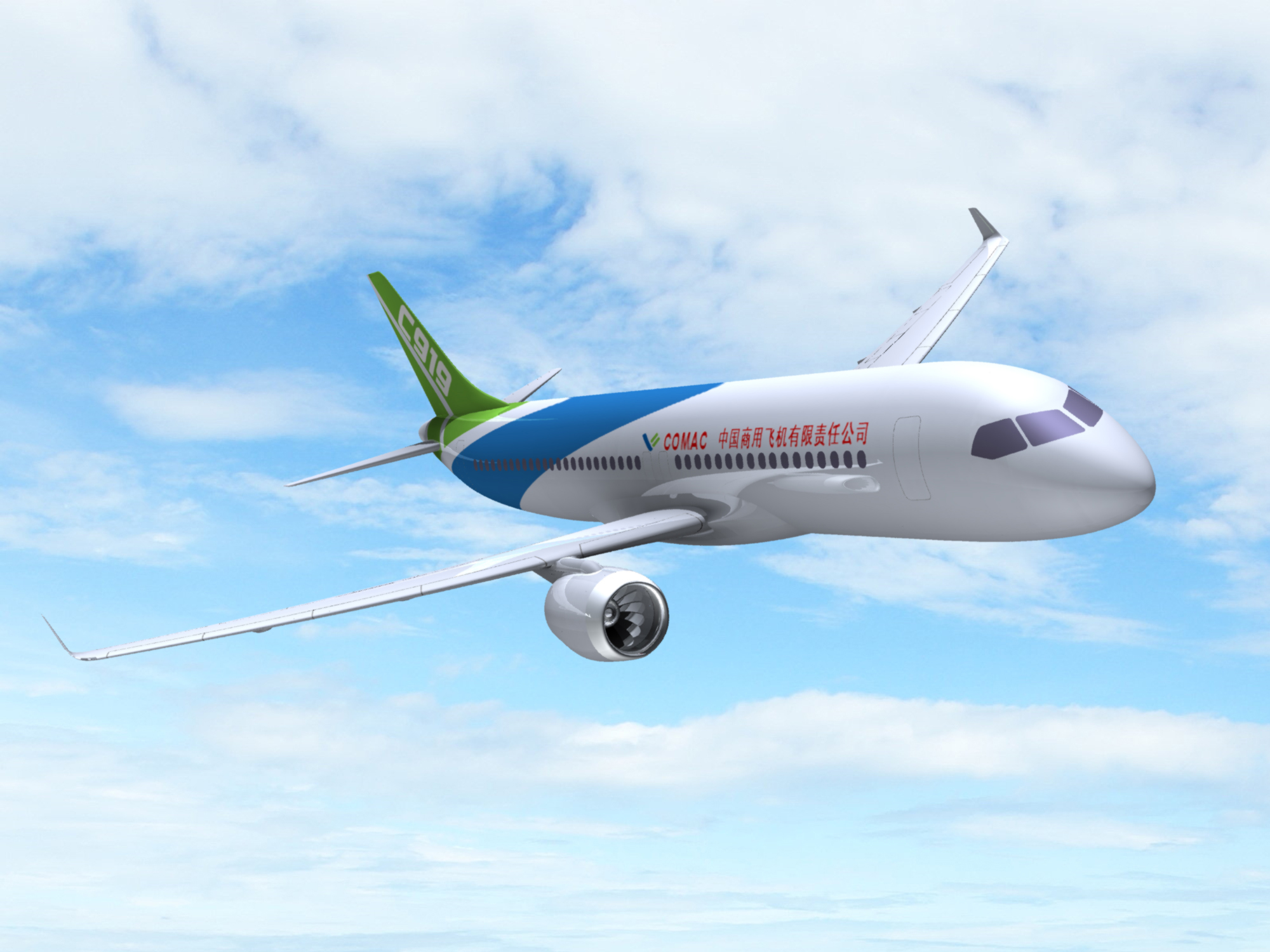 The expanded use of titanium in the aerospace market can be attributed to several factors, including the demand for newer aircraft designs with increased CFRP (carbon fiber reinforced polymer [or plastic]) composition. By sharing the same thermal expansion rates as many popular composite materials, titanium is highly favored as a composite interface material. As composite use continues to grow, analysts predict subsequent increases in titanium adoption rates.

Table 1 shows dynamic growth of using titanium across several generations of the word’s most popular aircraft.

Table 1. estimated use of titanium in commercial aircraft shows dynamic growth across several generations of the word’s most popular aircraft.

The new Boeing 787 Dreamliner is estimated to use 15 percent titanium by weight, 5 percent more than steel. Increased titanium use in this aircraft directly corresponds with composite components based on the materials’ compatibility. The rise in composite design, construction and use is a strong indicator of additional increases in titanium part production.

Meanwhile China’s new C919 plane has 10% Titanium alloy of the it’s structural weight, which has a competitive advantage over the Airbus A320 with 4.5% and Boeing 737 with 2.2%. At present, the proportion of composites used in the C919 is higher than that for the 737 but a little lower than for the A320. The C919 also includes an aluminium-lithium alloy.